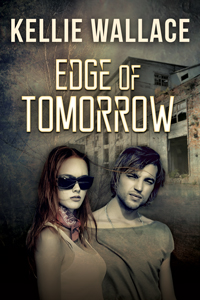 My publisher announced today Edge of Tomorrow is out on pre-order for a release date of April 15th.

You can find it on Amazon for little over $3.

Edge of Tomorrow is a dystopian new adult fiction novel. Twenty years after The Great Global Riots and the collapse of humanity, Alex Locke struggles to save his family, and his home colony of Pena, from starvation. When a letter from the corrupt Govern arrives dictating a game of survival penning local colonies against each other, Alex must trust a childhood friend, and seven others, on a certain death march to win the bounty or lose the only hope left in a war-ravaged world.

I am currently plotting the sequel for a trilogy.

2 Replies to “Edge of Tomorrow on Preorder”

This site uses Akismet to reduce spam. Learn how your comment data is processed.